The Greater Need for Parent Involvement

Malcolm Gladwell, the noted social commentator of Tipping Point, Blink, and Outliers fame describes a research study of children in Baltimore. The study was designed to figure out why children from wealthier family backgrounds performed better than those from impoverished families. Prior to the study, some thought genes or the educational background of the parents would be the determining factors. Neither was most significant.

The critical difference: how much students developed academically during the summer. Who is in charge of student’s education in the summer? Parents.

The researchers discovered that the correlation with wealth and academic accomplishment is not about wealth at all but rather parental involvement in providing additional educational opportunities. Wealth made it easier to provide such opportunities and, thus, from a macro perspective, led to greater achievement.

The detail of the study revealed that children from lower economic backgrounds learned at an equal rate as their wealthier counterparts during the school year. For that reason, each group tested nearly equally during the first couple of years of schooling. The noticeable differences in achievement started showing up thereafter. That was curious to the researchers. Differences in genes or parental educational background would presumably have an equal effect on 1st graders as on 4th graders. The students were consistently measured to determine how much they improved during the school year. For the most part, the findings stayed the same: the parental income of students had no effect during the school year.

But, the achievement gap kept increasing each year. It was then that they realized that those from wealthier families learned more in the summer.

So, for example, Student Affluent and Student Impoverished had equal achievement at the end of 1st grade. But, Student Affluent’s parents were able to enforce self-study, send their child to enrichment camps, and obtain tutoring. These parents generally served as Chief Education Officers in the summer. Student Impoverished’s parents were generally not in the position to do any of those things.

It does need to be emphasized that there was no data to indicate that this was a reflection of values. Instead, the lack of involvement emanated due to lack of resources – both economic and energetic. Many impoverished families in the research study were headed by single parents. Most of these working parents neither had the economic resources to pay for academic enrichment nor the energy to meaningfully educate their child. They were, after all, doing their best to provide economic sustenance for their family.

As the years passed, Student Affluent’s summers of enrichment gradually shifted the achievement gap between the two students to greater proportions.

Gladwell pointed to another finding of equally significant dimensions for parental involvement: when reviewing students from countries that performed well on international education tests, the length of the student’s school year was the most dominant factor that predicted success. US students spend about 180 days in school. Several Asian countries – including those whose students crushed US students in international education tests – have 220-240 school days per year. Parental involvement in education during non-school days is the only way to close that differential.

Prior to global workforce competition, the achievement gap between US students and others would not likely lead to a significant future impact. As the world has become “flat” , our students are competing against international competition. Students from other countries are working 20-30% longer each school year. As the years pass, they are outdistancing the normal American school child. Your son will be facing that competition when he graduates. Only you will be in the position to ensure that he is prepared.

Many parents are interested in helping their children take control of their education. We can help.

Schools are generic. A child is not.

Over the last few years, we have had increasing demand from our Shoreline, CT parent-clients to create customized educational programs to suit their child.

Not surprisingly, some of these requests were from home-schoolers. We have created history, English, government, economics, and math programs for home school students.

The value was clear. Students were learning material that would be vital for success the following year. For example, we have had many Shoreline, CT students get a jump on algebra II and chemistry.

What was surprising, however, was the number of supplemental or summer programs that parents asked us to create in the core subjects (math, science, history and foreign languages). Parents recognized that our supplemental programs could provide an enormous advantage for their students seeking academic success.

We discovered that these “almost secret” programs helped students succeed tremendously in school.

For example, we recently created a writing program for a student who attended Norwich Free Academy. She had an excellent memory and was generally strong in math. But her grades were beginning to suffer in advanced English and history classes because her writing skills were deficient.

We created a program focused on enhancing the student’s writing skills. She worked with one of top writing instructors and her grades in her “weak” classes went up by nearly a letter grade.

In addition, some of the programs we created such as “Public Speaking,” “Personal Marketing,” and “Interviewing” were not part of standard Shoreline, CT school curriculum.

School systems simply do not help students develop these skills. However, many parents understand that these abilities are often vital for their children’s overall success.

Summer also provides increasingly rare open blocks of time – time that students usually do not have during the school year. For that reason, many parents have asked The Learning Consultants to custom-design summer educational programs for their students.

Some of the programs correlate to school subjects the students will face in the upcoming year: math, reading/writing, foreign language and science. Parents have also asked us to design other programs such as “Finance for Young Adults” and “Career Exploration.”

The programs are always designed as engaging, dynamic and fun, while also providing the highest possible education quality.

Why is the Summer a Great Time to Learn?

During the school year, students are constantly busy with school and extracurricular activities.

A lot of the time just gets filled with hanging out. Some hanging out is fine.

A lot of hanging out is just a waste of time — and a wasted opportunity.

Here’s a surprising secret. When actually engaged in productive learning, students don’t grumble. They complain when they are bored. If they are doing something challenging in which they can see some value — even if it happens to be academic work — they are surprisingly receptive.

How do we know? Because we work with numerous students whose parents tell us that their children were “totally against” doing any summer program.

Yet when they are with us and report back to their parents, they almost universally report being satisfied and happy with the work.

Why? Boredom comes from doing nothing or feeling like one is doing nothing. When you’re productive, you’re not bored.

In the summer, 95% of time can be about fun. It’s not too much to ask that 5% be devoted to learning.

You might be surprised to find that our students understand this point better than their parents think they will.

The Importance of Writing

Students who write well usually thrive academically. This is as true today as it was years ago. But, the importance of writing has changed for today’s students. What was once more of an academic discipline, a specialized skill for certain jobs and professions, has emerged as an essential skill for the 21st century employee competing in a truly global economy.

The students of today will soon enter this global economy. Will they be ready? If they struggle with writing in school, they will not be prepared to meet the career challenges they will face.

In a global economy, employers value writing skills, because they need people who can communicate effectively in print. Most desirable jobs today—those that offer good salaries and growth potential—involve fairly advanced writing skills. This means that the writing foundations students build and develop in school significantly affect their futures after school. Students who struggle with writing in school will struggle with writing outside school and will lack one of the essential skills for success in today’s job market.

The findings of a recent study show that many high school and college graduates lack the writing skills they need to perform their jobs—and their employers notice. Several hundred employers were asked to identify what they considered to be “very important” job skills. “Written communication” ranked in the top eight. Yet, first-time entrants into the job market were most “deficient” in this skill, according to these employers. This was true not only for high school graduates, but for those with two- and four-year college degrees.

Over the years, we have worked with an increasing number of students who have had trouble transitioning from school to school.

Most commonly, the transition problem has been from high school to college. We have seen an increasing number of clients who have either dropped out of college or wish to transfer college or are wondering how to make the most of their college experience.

Much of this work is academic but some part might be broadly viewed as positive motivational coaching around making the most of school.

These programs are highly customized. Please call us if you think we can help your child. 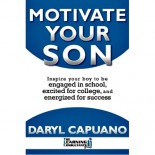